If you JUST BUILD IT they won’t come!  Do you remember that movie Field of Dreams when Kevin Costner hears that voice saying, “If you build it they will come?”  So he ends up tearing down his corn field and making a baseball diamond.  Then all these formerly dead baseball players appear and start playing baseball.

Now, this may work in a movie but doesn’t seem to work in real life.  Most people think in order to make money online all they need to do is “build” it.  For example, maybe they think just because they have a blog they are going to make gobs of money. But I will tell you this.  If you just build it they won’t come.

If You Just Build It They Won’t Come

Hey, “I built a blog how come I haven’t made any money yet?”  You would not believe how many times I get this email.  See, building it is not enough.  You need to learn how to promote it as well.

It’s great to have a blog.  You can set up a landing page or whatever it is that you want but you need to learn how to promote it.  Building it is just the first part of the formula.  You have to do more than just build it.

If anyone ever tells you that you just have to build it then they will come. That’s not true.  If someone tells you to just by some course and you’ll magically make money.  It doesn’t work that way.

I personally work with a  company called My Top Tier Business (MTTB) where they charge $49 dollars to get started and you can earn up to $5k commissions promoting it.  I can’t tell you how many emails I get saying, “Do I only have to pay $49 for MTTB and then I can make $1k, $2k or $5k per month.”  My response is, “Ya, if you put in the work.”

If your expecting to pay this $49 dollars and money just starts falling from the sky out of nowhere the chances of that happening are the same as you turning your cornfield into a baseball diamond and having dead baseball players coming to play baseball.

Just Build It And Work It!

There you go.  That’s your answer.  It works in the movie but it won’t work in real life.  If you build it they won’t come.  You gotta promote it.  You gotta learn viral marketing techniques.  You gotta be steady.

I see this from people everyday.  They try to build it because they see me making money.  They see other people making money with blogs and social media.  So they think that’s all it takes.  I hate to break it to you it takes more than that.

That goes for anything not just blogging.  It goes for life.  Built it yes but promote it as well.  Subscribe to my channel, comment and I’ll see you soon.  If your looking for a way to do more than just build it and learn some marketing skills click below. 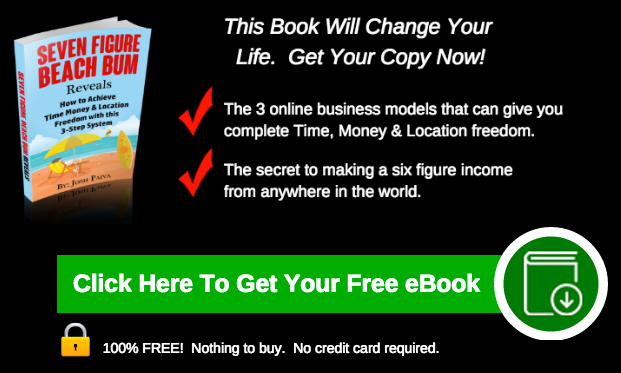