George Ball is the ex-Prudential CEO and he worked for Smith Barney which is now Morgan Stanley which holds over 2 trillion dollars in investors assets. He just came out today and said this:

George Ball Was An Opponent

Ball was actually an opponent to Bitcoin along with people like Jamie Dimon. Regardless of their views these guys are very smart. They usually stick to the old ways of doing things. But when they’re confronted with something like Bitcoin and cryptocurrency it certainly has their attention in a big way.

With these hedge fund guys or insurance fund guys it’s probably difficult to look at something that may have looked like some sort of ‘internet money’ not so long ago.

Maybe at first it looked like some sort of ‘fad’ to them which is very understandable. It’s hard to take something serious that was worth fractions of a penny and buying pizza with it.

In the coming months and next couple years I believe there will be a huge wave of people getting into Bitcoin.

Some of these multi millionaires even billionaires are looking at Bitcoin as a ‘safe place’ to put some of their assets because THEY KNOW what’s coming and it’s not going to be pretty. 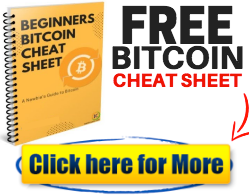 So if you think you’re late to the part or whatever you’re not. Your actually very early. You’re earlier than some of the most successful influential wall street people the world has ever seen.

If you get into cryptocurrency now you’re basically getting in before all this new capital starts to pour in. Trillion dollar market cap? That’s tiny for what’s coming. Multiple trillions are going to be thrown into Bitcoin and cryptocurrency.

So be patient. There are very exciting things happening within cryptocurrency and lots of coins. But make sure you have core positions with Bitcoin and Ethereum as well.

Learn how to get your wallet setup. Learn how to move it around on the blockchain. It’s going to be really important for you in the future.

This is just the beginning people like George Ball has lots of money lots of friends. Big things are going to happen when these guys start running with Bitcoin and other cryptos so be ready.

Are you still confused about Bitcoin, Crypto, how to set things up etc? Feel free to reach out to me below.

To Your MASSIVE Success